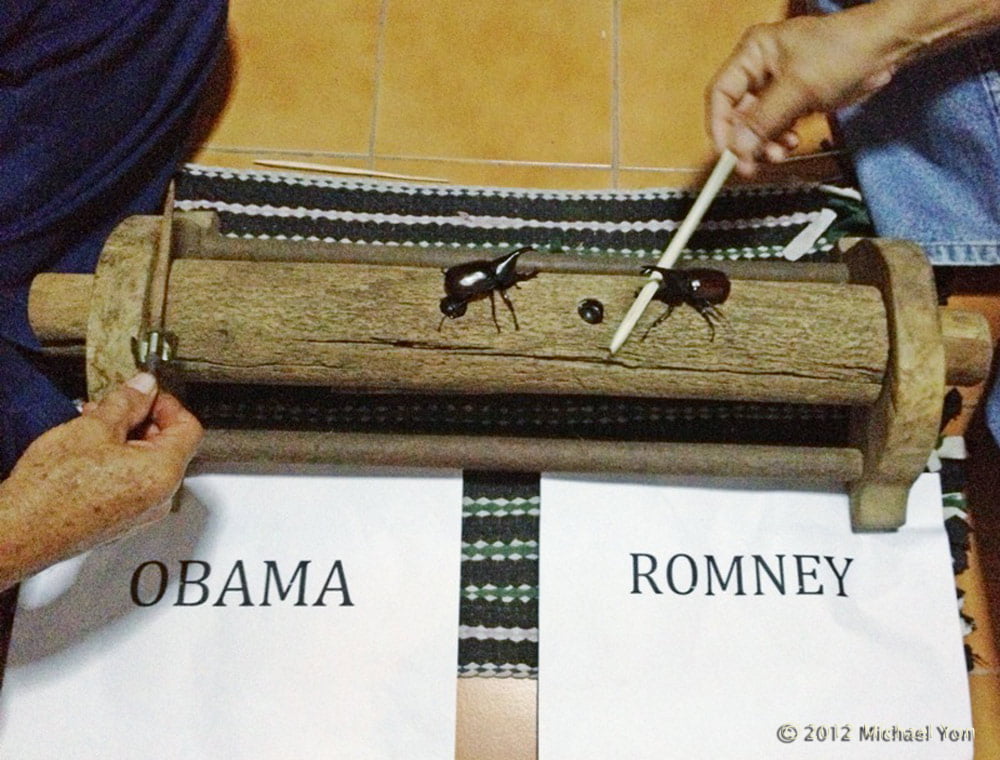 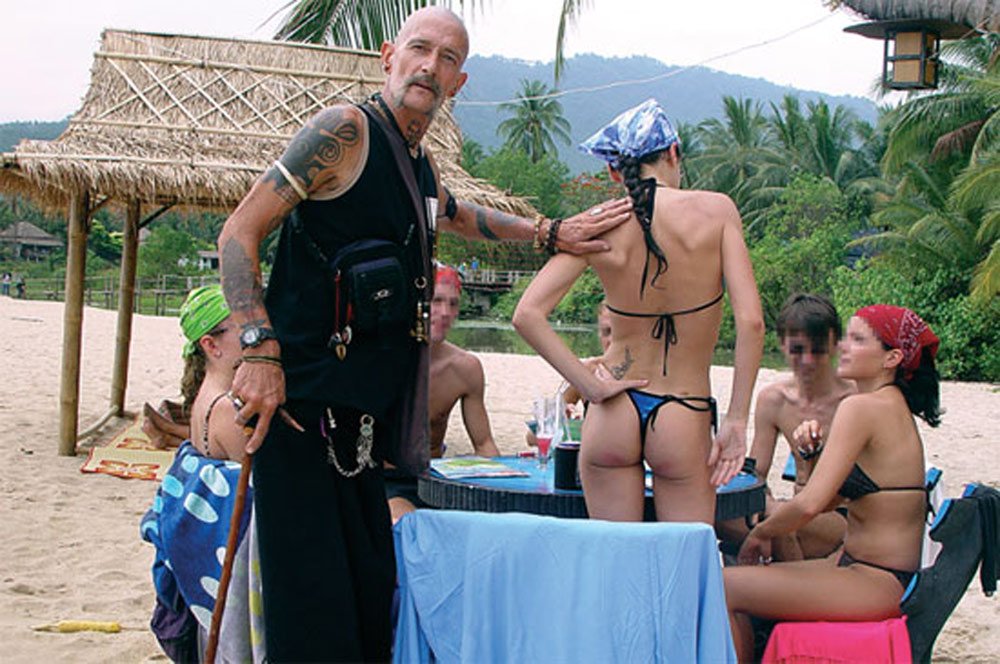 Romney is the favorite because he’s not Obama, and he is bigger and more powerful.  These matches often are settled by the victor severing the head of the opponent, and literally eviscerating him on stage. This is a Siam beetle death match.  There are no real rules.  Winner take all. 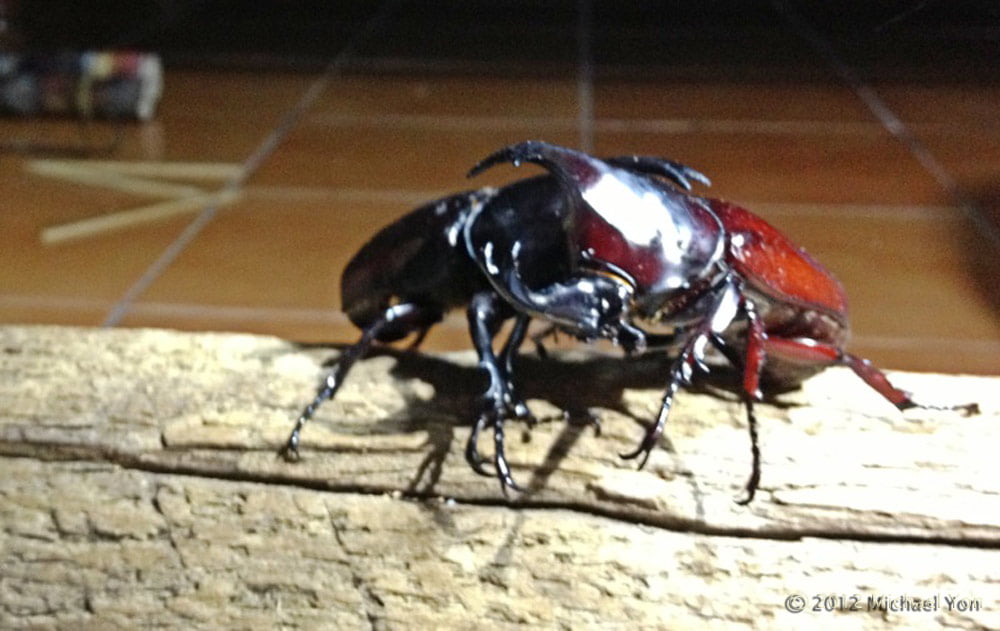 The smaller, more aggressive Obama, is quicker and more agile.  Obama wastes no time.  He rushes over to the larger Romney, and captures Romney in a dangerous side-horn-hold, pinning Romney’s first and second right legs.  With two out of six legs pinned, Romney is vulnerable to a lift and slam. Obama leverages his six smaller legs against the four legs that Romney keeps on the log. 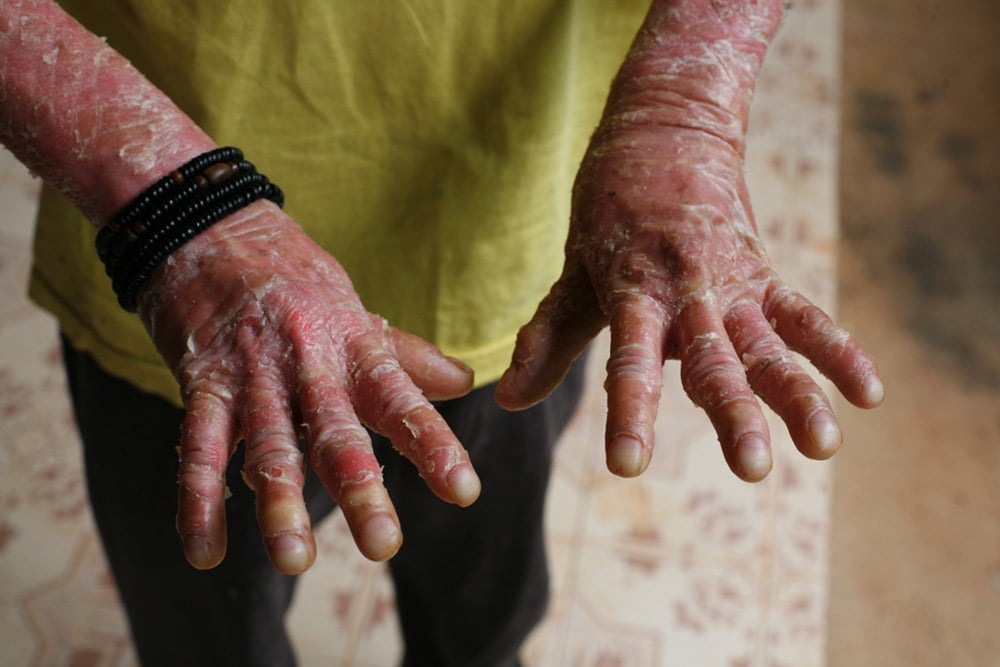 And lift!  Within 30 seconds of the first round, the smaller Obama has executed a beetle lift!  The crowd is going crazy for the champion. 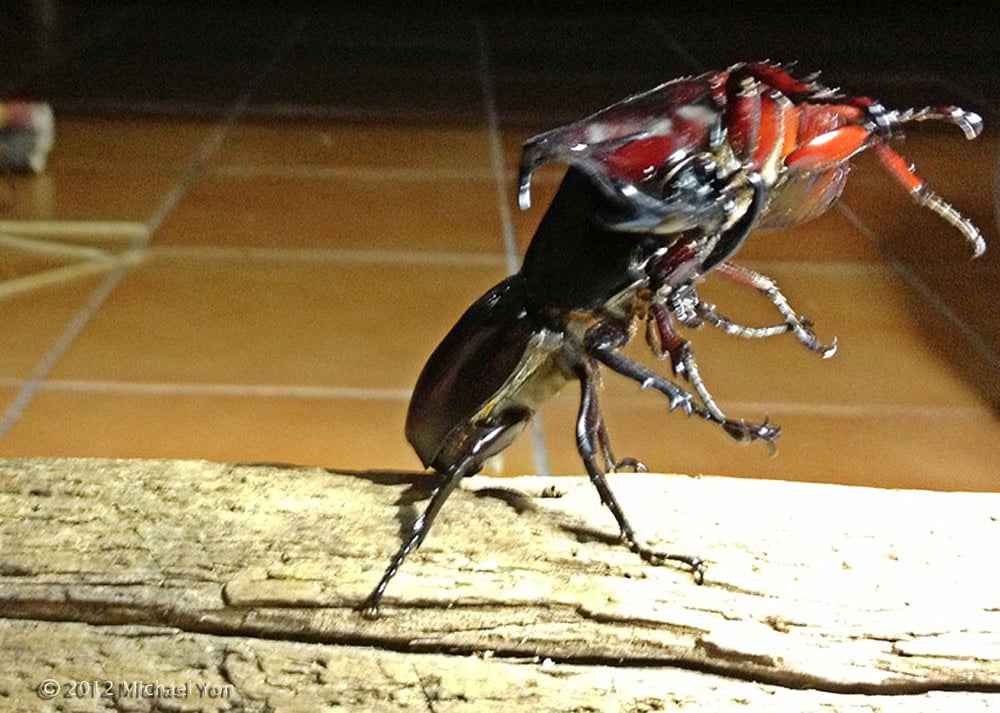 Obama can be heard saying something into Romney’s beetle ear, and Romney is plainly heard screaming, “PUT ME DOWN You Nanny state ninny!”  The referee warns Romney against name-calling, and signals the judges to take a point for unsportsmanlike conduct. 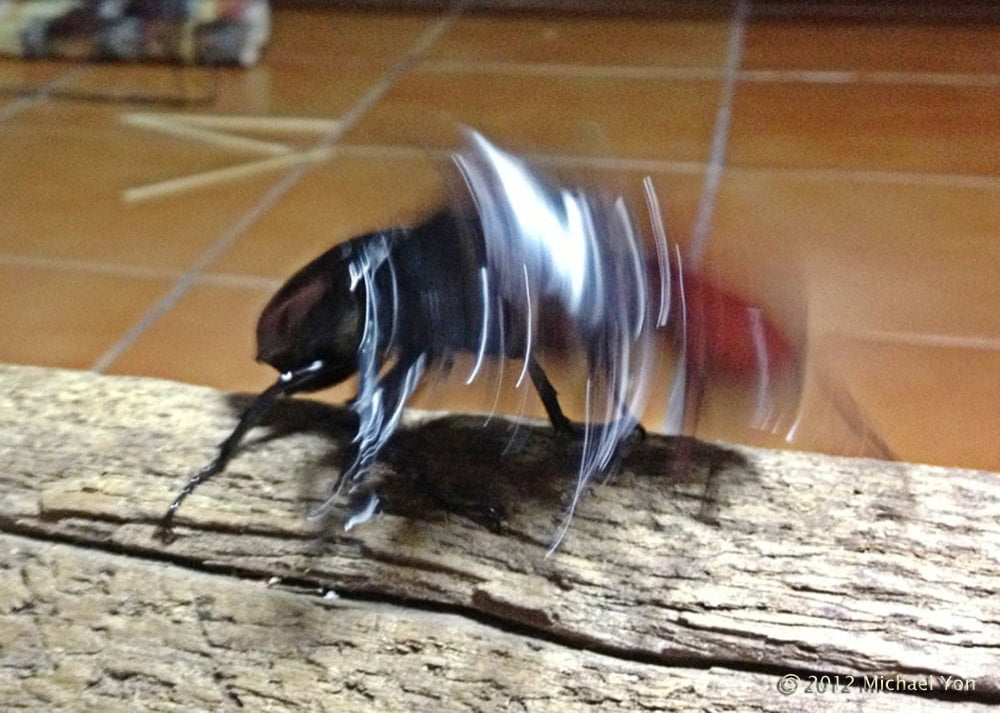 Obama screams, “I’ll put you down you rich pig!”  And slams Romney to the log.  The crowd is going crazy!  Inexplicably, the referee does not penalize Obama for using the same language for which he penalized Romney.

The crowd is going wild!

The bell rings ending round 1.

And now we have a camera issue, and the bell rings for round 2!  And so this round is like old black and white radio broadcasts.

Again, the quicker Obama rushes out and tries to pin Romney, but this time Romney deflects the attack and whacks Obama with his beetle horn.  Obama is stunned, as Romney methodically pushes Obama backwards around the log.  Obama’s beetle legs are tiring, and he turns and makes a run for it, but reaches the end of the log and finds no place to go.

He turns to face Romney who is carefully moving forward.  Romney seems wary that the quicker Obama can outflank him and execute another lift and slam.  Romney keeps his horn lined up on Obama’s, while Obama feints with sudden rushes and retreats, trying to draw Romney into a lunge which would allow Obama to flank him.

With no escape possible, Obama attacks, but Romney, using his overwhelming strength, pins Obama and goes for Obama’s head.  He is about to pinch off Obama’s head!

The coach in Obama’s corner rings the bell early.  Unprecedented!  Both coaches grab their beetles by the horns and lift them in the air.

Obama’s handler examines him for wounds, while Romney’s manager does the same.  Both corners say their beetles are wounded.  Both signal they are ready to fight round 3.

Obama and Romney lock horns, and Romney quickly gains the advantage and goes for a head pinch and Obama’s corner throws in the towel!

The fight is over.

Both sides, inexplicably, call it a draw.  The Obama side kindly complains that Romney is bigger, and the Romney side apologizes for being bigger.  (They really did.)

A rematch is scheduled for next Tuesday.

Tsunami of Positive Progress from US Supreme Court

Netherlands: Cause of Disturbance

Global 1848 — and Notice When Communism was ‘Born’

Dutch Rising Up to Fight THE CULT