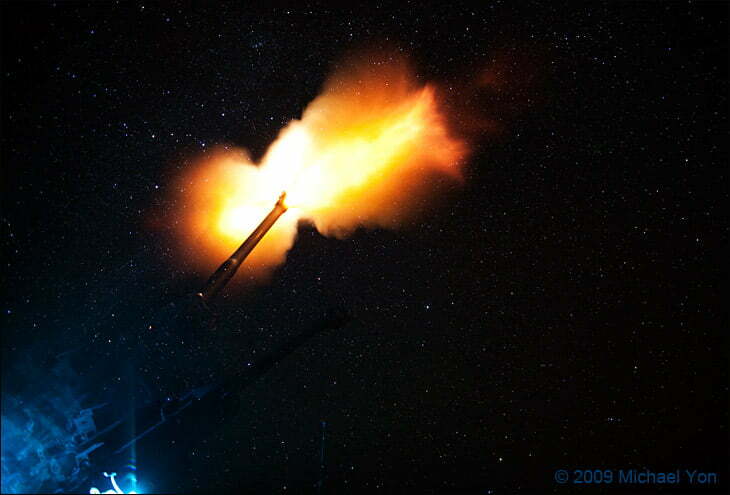 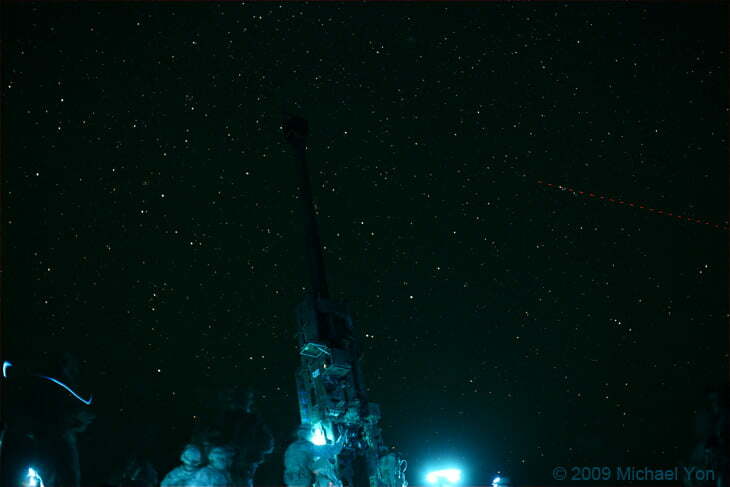 Aircraft and missles have range and other profound advantages, yet on a tactical battlefield these guns are like a force of nature.

They can fire in any weather that man dares to stand in. 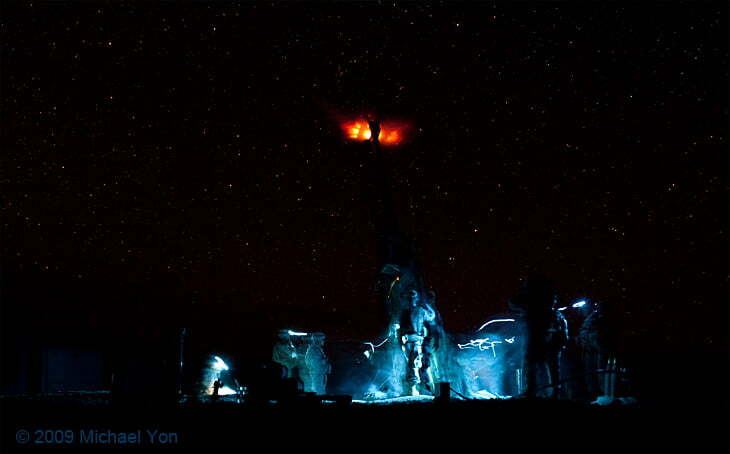 American artillery can destroy a parked car with the first shot from twenty miles away.  No sniper has ever lived who can shoot so well. 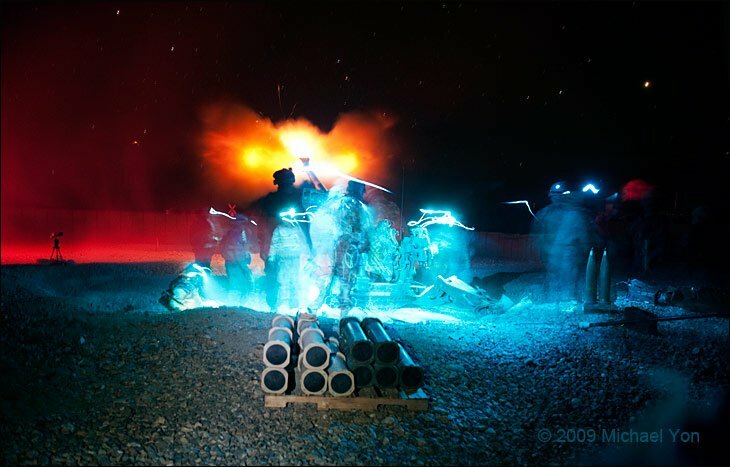 The red glow is caused by an approaching humvee whose lights were dimmed by red filters, yet the sensitive camera collected light over time. 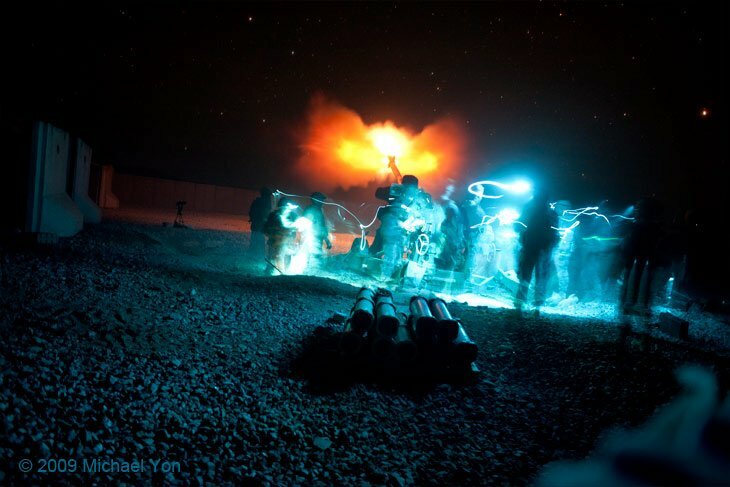 Calculations for shots are extremely complex and include dozens of factors, such as windspeed, barometric pressure, humidity, altitude of the gun and the target, temperature, and the Earth’s rotation, and the specific lot number of the ammunition.  Every gun is different and so the calculations for one gun would lose accuracy in another.  The guns are brutal and rugged, but also high-tech, precision machines that took centuries of science, engineering and experience to reach the current state. 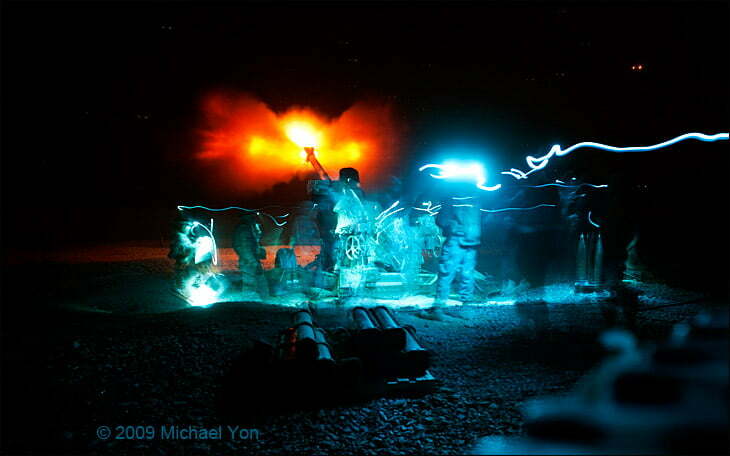 The guns have reached such a high level of evolution that despite the extreme complexity, within minutes of receiving a “fire mission,” a good crew will reliably deliver accurate shots with help from the computer.

Sometimes missions are pre-planned, while at other times crews must wait close to the guns for hours, even days, without a break.  There was some base in Iraq—I went there with CSM Jeff Mellinger but have forgotten where it was—and the base was taking rocket or mortar fire on a frequent basis from a certain area.  And so the cannoneers slept just next to the guns, and finally the enemy fired and was killed because the guns were pointed at the exact predicted firing point.  The cannoneers just loaded and counter-fired and finished them.  Probably few people on base realized that the “cannon cockers” had conducted an ambush-by-howitzer.  (Maybe the crew who was there will recall this and set the facts straight.) 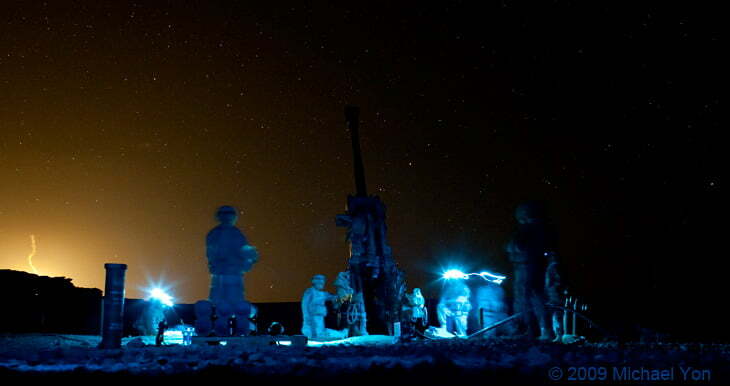 Sometimes the crews fire “H & I” or “terrain denial” missions.  Harassment and Interdiction missions are fired at terrain known to be used only by the enemy at certain times, and so anytime the enemy feels like rolling the dice, they can move into that terrain.  Such missions also provide influence for “shaping” the battlefield.  If the commander is trying to flush the enemy into a blunder—maybe an ambush—or maybe to cut them off from an escape route, he can have the guns pound into a gorge, say, that is used as an enemy route.  Or maybe he just tries to persuade the enemy to take a route where we have sniper teams waiting.  The battery can be used in many ways that do not include direct attacks on enemy formations.