The Basis for Safe, Secure, and Effective Global Operations (Part 1)

The following is an excerpt from the Atmospherics Unlimited White Paper titled: Atmospherics in Fragile and Conflict Zones: The Basis for Safe, Secure, and Effective Global Operations. The full white paper will soon be available for download.

Atmospherics Collection in Support of Aid and Development Operations

In this first part of a 4-part series, we will explain why cultural understanding, which begins with an initial atmospherics study, is essential for successful aid and development operations.  First, we will begin by discussing some definitions for the following terms that are relevant to this White Paper:

Then, we have outlined some real-world case studies in order to explore how atmospherics information was either used to effectively build up enough local knowledge to ensure successful operations, or where a project failed because of misunderstanding of a particular community and their needs.

Biogas Systems in Nepal and Other Developing Countries

Combat-zone blogger Michael Yon, perhaps best known for his dispatches from the wars in Iraq and Afghanistan, wrote a provocative piece a few years ago about the potential uses of small biogas units for power in remote areas of developing countries.  With Afghanistan in mind, he decided to research the topic after a Nepalese friend, Lalit, told him about how well the systems work in Nepal.  As Mr. Yon explains it:

Lalit began a conversation by announcing that many of Afghanistan’s energy, land restoration and fuel needs could be solved if the Afghans would immediately adopt “Gobar Gas” production. This mysterious substance could improve the lives of Afghans as it had that of the Nepalese, he said, as, with great enthusiasm, he began to explain…

I returned to Afghanistan, this time to areas of Ghor, Helmand and Kandahar Provinces.  No Afghan along the way had heard of Gobar Gas.  I flew to Nepal to talk with Gobar Gas experts and users.

What Lalit called Gobar Gas is biogas produced by an anaerobic digestion process using biodegradable materials such as human, animal, and green waste.  Biogas can be created by small units and used for heating and fuel, and is especially useful for powering cook stoves.

At the time he met Lalit, Mr. Yon was primarily working in Afghanistan, where he was always looking for creative and effective ways to help the country develop and rebuild.  So he traveled first to Nepal, where the Gobar Gas systems were used so effectively, and then onto Cambodia, Laos, and Vietnam to get an idea of how other countries used them so that he could figure out how best to adapt the system to villages in Afghanistan.

Due in large part to the results of his research, biogas projects have started popping up across Afghanistan in areas with enough water for the digesters to work properly.

1.  Local buy-in for a project depends on a well-crafted “pitch”

Despite what may have looked like the obvious benefits of a biogas unit to outsiders, getting local villagers to buy into the idea of the systems required a deep understanding of the local culture in order to “pitch” them on the concept.  For example, as Yon explains, gathering fuel for cooking is seen as women’s work in almost all the countries covered in his dispatch; many men in the villages did not see the benefit of saving their wives and daughters from the backbreaking work of collecting wood or dung.  They also did not want to spend money or do the maintenance on an alternative energy system because they just didn’t see the value in it.  As long as a hot meal ended up on the table at dinner, the men were happy.  So this is where an in-depth cultural study, beginning with atmospherics, came into play.  By seeking to understand the cultural norms and the local patterns of life in each village, organizations like the Netherlands Development Organisation (SNV), were able to come up with appropriate “social media” campaigns in Nepal and several other countries in Asia to convince local power brokers to install and run biogas units.  Since 1992, SNV has installed thousands of the units across Nepal, to the benefit of countless residents in remote areas, just like Mrs. Subarna Budhathoki in the photo below. 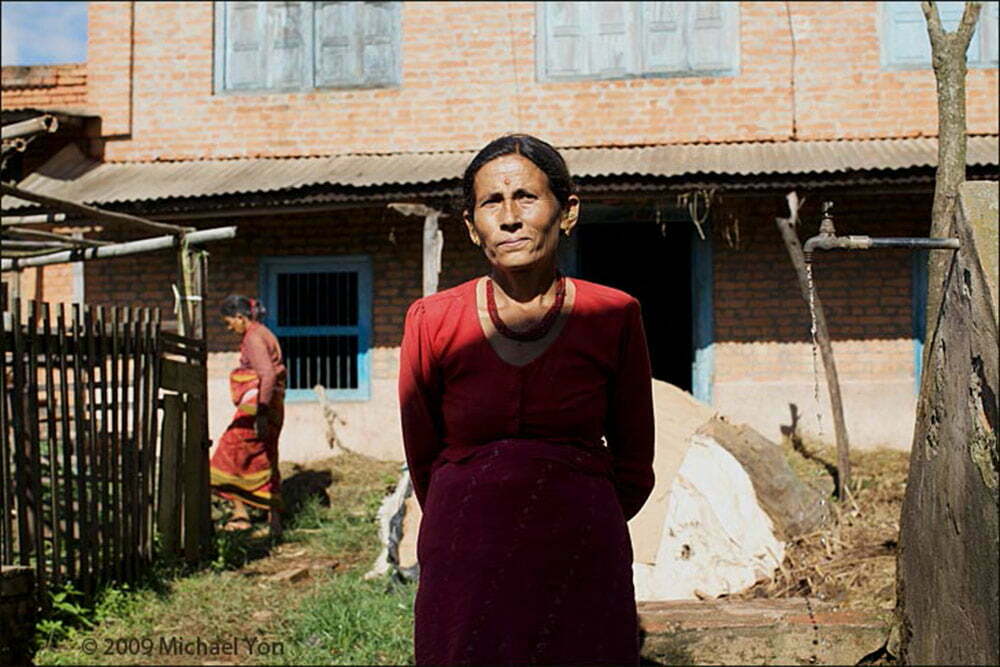 Photo Courtesy of Michael Yon © 2009:  Subarna Budhathoki, a 52-year-old mother of five, was lucky and spent only about four hours each day collecting wood in the jungle, then hours cooking over wood in a smoky house. Now she uses that time to grow vegetables to sell in the market. She was proud to say her son just went to Japan.

2.  No matter how good the idea, some projects just aren’t suited for some areas

Yon notes that in some areas of Southeast Asia, the biogas plants have not been successful.  He uses Laos as an example.  Many of the villages there are close to large forests, so women don’t have to spend much time collecting wood for fuel.  Many of the Lao villagers also did not understand or did not care about the environmental impact that woodcutting has on the local forests, so the biogas units were of little to no value to them.  The same situation happened in a village in Nepal, famous for production of liquor.  They initially refused to build a biogas unit because they had plenty of wood for fuel.  However, their cottage industry of liquor manufacturing eventually caused them to burn through all the forest in their local area.  After they grew tired of having to trek for hours to buy wood, the villagers finally installed a biogas unit in 2009.

Yon also notes that in parts of Africa, the use of human and animal waste to run the biogas units is seen as taboo and is culturally unacceptable to certain communities.  A well-meaning NGO or other aid organization might not have known this if they hadn’t spent considerable time getting to know their target beneficiaries and may have wasted valuable time and resources on a project that wasn’t desperately wanted or needed in the first place, which unfortunately happens, as we saw in Case Study #1 with the Bamyan villagers in Afghanistan.

International organizations, NGO’s, and other donors who do not do a proper cultural study prior to project implementation can end up wasting donor funds and other resources, disrupting local pattern of life, and leading beneficiary communities to distrust future development initiatives.

Photo courtesy of Michael Yon © 2009: Dung piles in Karbasha Qalat, Afghanistan – the area has been deforested, so locals must now collect dung for fuel

The original article can be found here: Atmospherics Unlimited

We Have No Southern Border — wide open